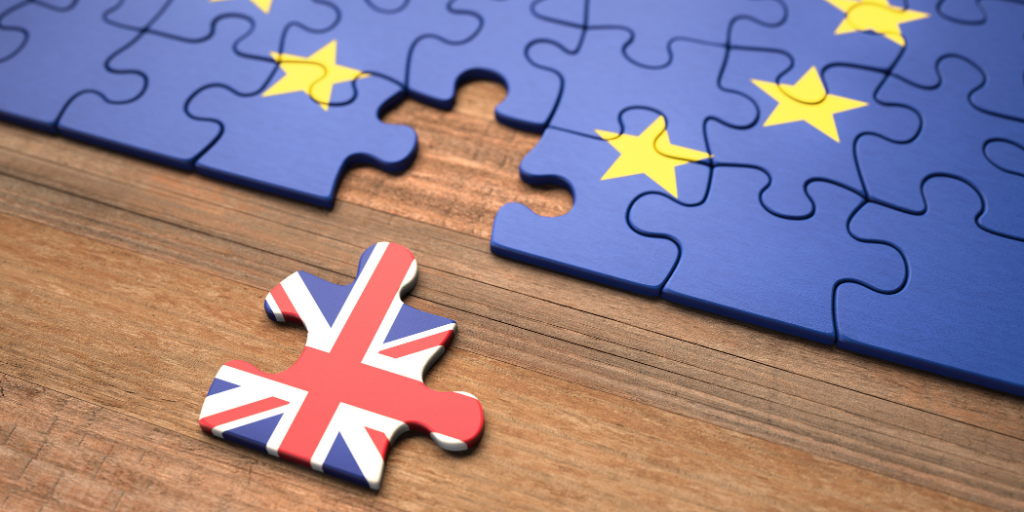 The UK officially left the EU at 23:00 GMT on 31 January 2020 after 47 years of membership. A transitional period is in place until 31 December 2020 during which time the UK and EU continue to trade as before, and in effect most things have remained the same apart from the UK no longer being represented in the EU parliament.

The UK government confirmed earlier this year that it would neither accept nor seek any extension to the transition period and the EU has formally accepted this position. This means that the transition period will end on 31 December 2020. At the time of writing, no trade deal has been agreed with the EU although negotiations to reach an agreement with the EU are continuing. A free trade deal if agreed needs to be reached and ratified by the end of 2020. If no free trade deal is reached, then the UK will default to World Trade Organisation (WTO) terms from 1 January 2021.

Whether or not an agreement is reached, the UK is leaving the EU single market and customs union and businesses will need to be prepared. To some extent issues surrounding the transition period have been overshadowed by the severe disruption from the coronavirus pandemic. However, it is unlikely that any industry will remain unaffected by this change especially if no agreement on a trade deal is reached. The most immediate and greatest change will affect businesses importing goods from the EU or exporting goods to the EU when the rule changes kick in from 1 January 2021.

Businesses from all industry sectors need to carefully analyse what changes could be expected to business conditions and to be flexible in handling these changes. Whilst, it appears, every industry will undoubtedly face its own significant issues.

We have listed below some of the key challenges likely to affect businesses in 2020-21 and beyond. Taken together these changes represent a significant departure from ‘business as usual’.

Import and Export of goods

Regardless of whether the UK reaches a trade agreement with the EU, from 1 January 2021 new rules will apply for any trade with Europe.

Businesses will need to:

Due to the complexities around importing and exporting, many businesses are likely to use a third party expert such as freight forwarding, customs agents or fast parcel operators to ease the paperwork. However, this work can be handled in-house if you have sufficient knowledge, preparation and manpower.

There will be less onerous requirements for the first six months following the end of the transition period (up to 30 June 2021) in relation to customs processes at the border. This will allow businesses to declare goods by entering them in their own records without getting authorisation in advance and delay sending HMRC the full information about their goods by up to 6 months on a supplementary declaration. The use of these special rules will be optional and will not be available to certain businesses importing controlled goods or with a poor compliance record.

Some important points to bear in mind from 1 January 2021 are as follows:

Note, this guidance applies to England, Wales and Scotland.

The issue of Northern Ireland is one of the biggest barriers to reaching a free trade deal with the EU and has become probably the most problematic remaining issue relating to Brexit. The Irish backstop measure aims to guarantee that no physical barrier will spring up between the Republic of Ireland and Northern Ireland. However, the final rules that will apply in Northern Ireland from 1 January 2021 have still not been agreed and much of HMRC’s published guidance relating to the movement of goods specifically excludes Northern Ireland at present.

There have been plenty of signs of reduced overseas investment into the UK since the EU referendum took place. Many multinational businesses that had established operations in the UK to provide goods and services to the domestic and EU markets have considered relocating to mainland Europe.

Uncertainty over the UK’s future relationship with EU has also seen some multinational businesses cancel plans to invest in the UK. The situation and economic impact has obviously been compounded by the coronavirus pandemic which has had an enormous effect on the UK economy and across the world.